THE REPORT: On the night of March 15, 1965, James W. Flynn was camping in the Everglades after training some hunting dogs. Shortly after midnight, Flynn saw a britghly lit object descending approximately a mile away. Flynn thought it was a helicopter until he looked at it through binoculars. Thinking it may be some kind of a plane in trouble, or 'some new device from Cape Kennedy' he drove his swamp buggy towards the light, while it was visible through the trees. About a quarter of a mile away, he got out and headed towards the light on foot. As he neared the object, Flynn saw the craft was not a plane, but a large, cone-shaped machine hovering a few feet above the ground.

The craft was about 75 feet in diameter at the base and 25-30 feet high. Four rows of ports of windows were visible, with yellow light shining through them. Flynn heard a whirring like 'a diesel generator,' which disturbed one of his dogs 'who was howling in his cage and trying to get out', but could observe no equipment or occupants. After several minutes, Flynn approached the craft, Within 200 yards of the UFO, jumped out of his swamp buggy, stepping into the circle of light and raising his hand as a friendly gesture in case he was being watched. As he did this, the UFO emitted a jet-like noise and a blast of wind that knocked him off-balance. As he continued to approach within a few yards, the UFO emitted a light beam like a welder's torch, striking him on the forehead and knocking him unconscious.

Later he told the local newspaper "I felt a blow like a sledgehammer between the eyes, and that's all I know." When he came to hours later, he found himself partially blinded, and a painful bruise was left on his forehead where the light beam had struck. The craft was gone, but there was a charred circular area where it had hovered, and the tops of nearby trees had been burned. Flynn sought aid from an Indian acquaintance who helped him back to Fort Myers. He required medical treatment and had a small dark spot on his forehead. In addition to the painful bruise on his forehead and the effect on his vision, doctors determined Flynn also had an impairment of deep muscle and tendon reflexes, numbness and loss of hearing. During the five days when Flynn was in the hospital, intelligence officers, under the orders of General O’Keefe, phoned him from nearby Homestead AFB. After obtaining a basic report, they informed him they would interview him again when he was released from the hospital.

Flynn's doctor found impairment of muscle and tendon reflexes which he believed could not have been faked, and the NICAP investigation concluded that the account of the event was supported by the physical evidence: extensive physical trace evidence was found at the site, including a circular area of burnt sawgrass 72 feet in diameter where the object has been hovering, and burns of the nearby trees.
USAF'S POSITION: Unfortunately Flynn's encounter came at a time of maximum difficulty for the Air Force, indeed during a major flap in the locality, and they were doing their best to play down the sighting. Attempts were made to discredit Flynn which backfired when many leading citizens, police officers and doctors vouched for him. The Air Force's suggestion that Flynn may have hoaxed the encounter ignored the remarkable ground and tree traces and his own physical impairments which his doctor believed "could not have been faked".

In the end the Air Force settled for the somewhat useless statement that, when questioned, they had nothing on their files concerning the Flynn incident.

On the night of March 14, 1965, James W. Flynn, who is a rancher and hunting dog trainer, was camped out for the night in the Everglades. Just as he was settling down for the night, his dogs became restive and upset. He looked around expecting visitors, but instead he sighted a bright light silently and slowly descending about a mile away.

Thinking that perhaps an airplane had gotten into trouble and gone down, he prepared his swamp buggy for the journey and set out to render aid if needed. He was guided directly to the spot by the glow which continued unabated. This worried Flynn as he expected to find a burning plane and probably injuries or fatalities. He found neither.
Pulsating Glow

When about a quarter mile away, he grounded his swamp buggy and continued on foot. Soon he found himself in a large clearing and he wasn't alone. Some twenty yards away he saw a circular, cone-shaped object with a pulsating glow. It hovered just above the ground with a slightly perceptible wobbling motion. He detected, after a bit of study, a sound he could only describe as a hum. He estimated the size at well over seventy-five feet in diameter and twenty-five to thirty feet thick. There were four rows of ports or windows encircling the craft, each emitting a yellow light unlike the color of the craft's overall glow. A partition immediately behind the windows prevented him from seeing any internal details or occupants.

For many minutes Flynn just stood there, amazed. He had heard of such things, but, until now, had never really taken them seriously. Overactive imagination, he'd thought. But this was not imagination. It was real.

Curiosity overcame fear. He started to approach the craft to get a better look. He never made it. A pencil thin blue light shot out from "somewhere" on the craft hitting Flynn on the forehead "right between the eyes." He was unconscious before he hit the ground.

When he regained consciousness, he was partially blind, sluggish, had a terrific headache and a large, sore bruise on his forehead. The craft was gone. Somehow he got his swamp buggy going and got to his hometown of Ft. Meyers, Florida. He was rushed to a hospital for examination and treatment.

After he told his story, investigators went back to the spot. They found a large circular spot in the clearing where the ground and grass were charred. The tops of some nearby trees were severely burned. The trunks and limbs of some of the trees were scarred.

The Air Force, at that time, normally debunked and belittled UFO sightings and the people who reported them out of hand, but in this instance, they did not reckon with Flynn's standing in his community. On this occasion the Air Force had to partially back off. They only took one shot, that I can find, in that they labeled it by innuendo to be a hoax. Question is, how did Flynn fake the charred circle of ground, how did he burn and scar the trees and, most importantly, how did he self-inflict a bruise of such shape and intensity?

One final piece of evidence helped exonerate James Flynn. One of his physical injuries was atrophy of internal muscles. Medical science tells us that one can't be faked; period! 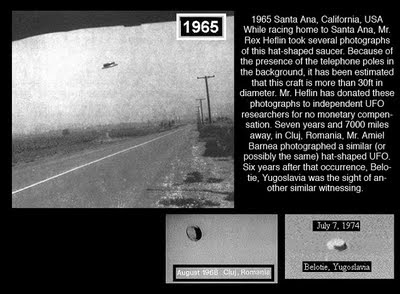 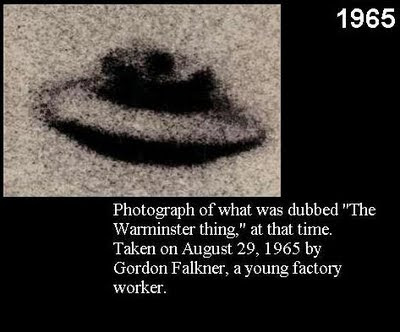 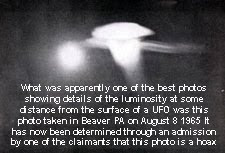 It happened, probably exactly as Flynn described it. The trouble is he dosen't (sic) know what it was nor where it came from. So, even today, it's still carried in the annals of the UFO as unexplained!
Posted by Chuck Miller at 4:50 PM 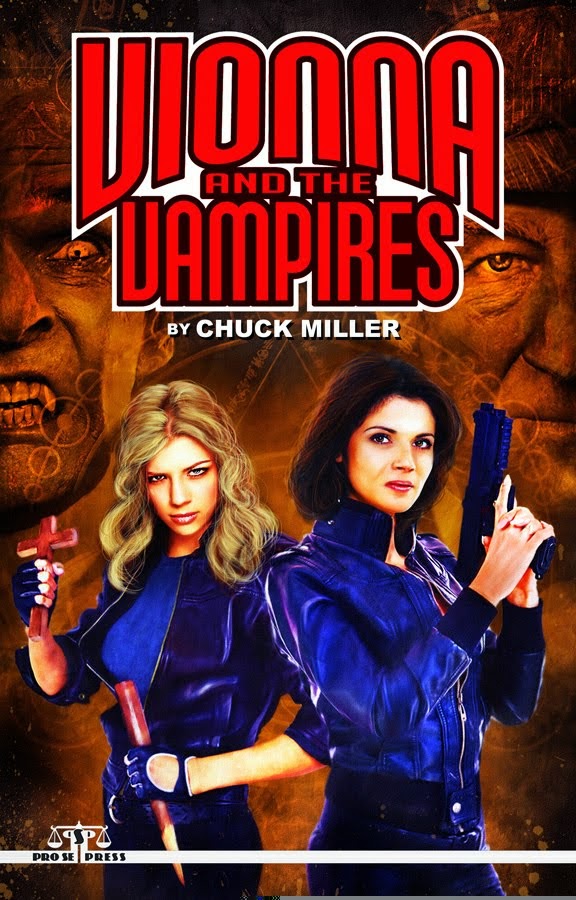 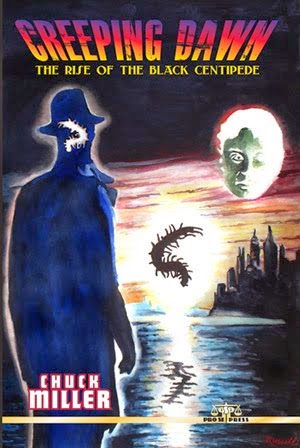 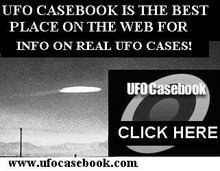